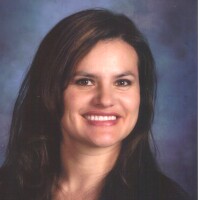 Ángela Rosales Challis, a dance educator and filmmaker, is originally from Cochabamba, Bolivia. She studied music and dance at Instituto Eduardo Laredo. She studied dance in Cuba at The National School of Art in Havana before she moved to the United States. She graduated from Brigham Young University with a Bachelor’s Degree in Dance Education. While at BYU she received the following awards: Outstanding Graduating Senior, Outstanding Research, Outstanding Contribution to the Dance Department and Outstanding Choreography Award.

After graduation, she was a BTS dance specialist in elementary schools for several years. She received the Utah Art Educator of the Year Award and the Sorenson Legacy Award for Excellence in Arts Education.

Ángela holds an MFA in Film and Media Arts and a certificate in Screendance. Her films have screened all over the US as well as in Argentina, Bolivia, Greece, Italy, Scotland, Mexico and Ireland. Her films have won awards from the Audience Choice Award to the Best of Fest. Angela received the Best Cinematography Award at the Utah Film Awards.

She has taught film at the University of Utah and Salt Lake Community College. She has also taught dance education courses at Utah Valley University.

Ángela has two passions: dance education and film. She strongly believes in the power of the arts.